What a spectacular year 2013 has been. Not that I made my first 100cr film, but still, have never felt in such a happier space before. Not that I live inside a cake, but you get the drift, na? All my passwords contain the four letters - R, A, N & I. My days begin with a goofy smile & end with aching finger tips. I am writing films & beginning to get paid (albeit thoda) to do so too! Who knew… Hopefully you'll read about my films in gossip mags sometime next year. (Many duas needed)

Have an answer to the dreaded question, "arey, tum shaadi kab kar rahey ho?." I used to avoid people who used to ask me such questions. I used to not take such people's calls. I used to feel depressed. Not any more. This question excites me, makes me smile & makes me write even more. As a drunk Aamir Khan said in Mangal Pandey - The Rising, "Ab life mein settle ho jaana maangta."

I don't throw stones at cats anymore. One of my friends told me, "yaar tu badal gaya hai, have never seen you like this." I don't listen to sad songs anymore. I have stopped watching 'Kabhi Khushi Kabhi Gham' altogether. I do, sometimes, listen to the 'Bole chudiyaan' song & do a little gig to it when not sober. I still watch Baghban sometimes & cry like a sissy girl. Somethings don't change. But hey, I haven't renewed my membership of the 'Dukhi Dil Association'.

I am broke most of the time, but I smile proudly as if I have just stepped out of my Audi Q7. I dream of going to Baku (Azerbaijan) & owning The Maserati Quattroporte GTS. I know it is silly, but I know it will happen. Because Rani tells me so. She is such a wonderful person, wonder why she sauntered into my life so late. Better late than never. Can't thank her enough. She makes the best Maggi in the world. The bread-butter-jam that she makes should be made the national breakfast, lunch & dinner.

HAHAHA. Just kidding. She also knows how to boil eggs. I taught her. HAHAHA.

Before she kills me, she makes the BESTESTASTIESTAWESOMEST Peshawari Dal in the world. I can kill for that. I can kick a puppy for that.

Have met some really wonderful people this year… People who I will always love, care for and borrow money from (irrespective of me needing the money or not). Found new confidence in the fact that I can write an entire feature film in less than ten days, I kid you not. I barely thought of myself as a writer; but Rani thinks I write really well. So I write for her. I write for her belief that I can write. Most of my life I only thought the only thing I could do best was - drunk dance to 'Sapne mein milti hai'.

I have stopped 'un-friending' and 'report-spamming' people who don't like the films I love. I have learned to look past them. I just pretend they don't exist. I hope they catch cold. I hope a waiter spits into their soup or something. I know it is not a very good thing to do, par kya bachche ki jaan logy kya? Ek saal mein itna ich milenga. Hope this changes next year.

My first film to hopefully (Again, many duas needed) release stars Sholay, Jhankaar Beats, Satya & Old Monk. That makes me feel very happy. I always wanted my first film to star SRK, but I can live without that. Wonder what kind of reviews my film will get. Hope you kind people in Ramgarh will feel proud and cheer and clap when you see my name on the big screen. Hope Taran Adarsh gives it 3.5 stars. Actually I don't care about Taran and his slimy usool and adarsh.

A 3 star review from Rajeev Masand & Anupama Chopra would make me proud though.

Wonder if you all will  'un-friend' and 'report-spam' me if you don't like my film. Will you give me another chance to prove myself? I don't know about all of you, but Rani will. She loves me, na. Poor girl. HAHAHA.

Here's wishing you all a Merry Christmas & a very many Happy New Year! Pray for me, shower me with duas, love and please lend me money when I ask you. HAHAHA.  I am such a cheapskate, na. Hope 2014 changes that about me. I also want to be all rich & classy like all of you. Amen. 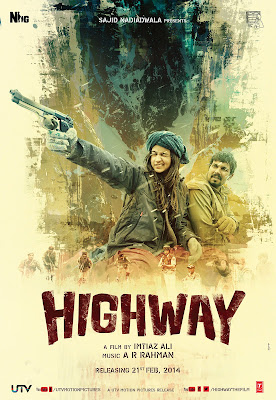 Love you so much that it hurts... 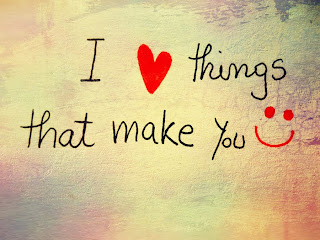 I have no idea or reason to be writing this little piece. The headline just sounded cool so I wrote it. Actually it means a lot to me, hence I wrote it. How much can you love me? You don't even love me. You perhaps think that you do. Most of you pretend that you love me. I don't hold that against you. I love you too. Hahahaha. The word love has become a joke. Or maybe not.

Many of you here on Facebook are married, many of you with kids. One candid question: Do you know what love is? Do you feel love when your wife cooks a meal that is your favourite? Do you feel when a 100-odd people hit the like button on your baby's pictures? When do you feel love? Can you feel it? Can you love your friends as much as the girl in your life? Or vice versa?

Rani showed me what love is. When she shot a documentary film about the people who are underprivileged. Rani made me realise that sometimes being underprivileged is a privilege. How can you know happiness when you don't know what is sadness? I love Rani. But that is not even the point. If you have read this far, I assume you have some time to kill. Hahaha!

As Sunrinder Sahni coyly said in Rab Ne Bana Di Jodi, "Is se zyaada pyaar ki na mujhe aadat hai, na zaroorat hai." What do you think about love. I last felt love when my parents brought me home-made besan ke laddoo. I also felt love when Rani made me Peshawari dal and chawal. This afternoon I had an awesome meal with Dennis, Manoshi and her family. I felt love.

Am I drunk? Why do I love Old Monk? Why do I love cinema so much? Will cinema love me back too? I know Rani does love me for sure. How much do I love Rani? Is my love enough for her? Will I love her more in the years that follow? How much love is too much? Vaibhav told me that I give him 'coughter' (laugh + cough). Is that even a thing? Are we making up things as we grow?

Dennis & Manoshi have a lovely daughter and I think she madly loves Rani. Their daughter doesn't seem to really love me. Will that make me love her less. I love that little girl. She is a daughter that I would love to have someday. Will I have a daughter? Will i have a son? My mother only wanted to have a daughter. She ended up giving birth to two sons. Despite that, she loves me and my brother, like only she can.

It has been an amazing day, today. I finally told Rani that I loved the documentary film that she made. Rani is really awesome, she has made me Peshawari dal that I would kill for. I would kill for Rani. Will she kill for me? Will Dennis kill for Manoshi? Will Vaibhav kill for Preeti? What does love mean? Will love make you kill? Who will you kill for? I will perhaps kill Gautham V. Menon for making VTV.

WHAT IS LOVE? DO YOU KNOW? I THINK I DO. SHARE YOUR STORY WITH ME.