Gully Boy review: What a TIME to be at the cinemas! 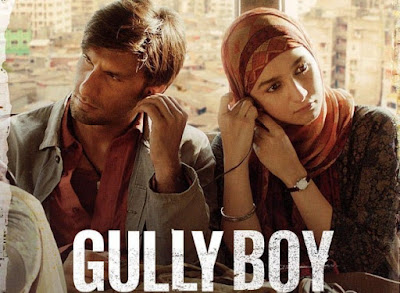 On the way back home, after watching Zoya Akhtar's latest masterpiece, 'Gully Boy,' I realized that films set in Bombay have always held a very special place in the centre of my heart. I am talking 'Jaane Bhi Do Yaaron,' 'Salaam Bombay,' 'Bombay,' 'Satya,' 'Rangeela,' 'Black Friday,' 'Waisa Bhi Hota Hai (Part 2),' Luck By Chance...

WE ARE A HAPPY FAMILY.

I am a sucker for Bombay, and love stories, so I was already sold the moment the trailer of 'Gully Boy' landed on YouTube. Disclaimer: I am more of a ghazal / Sufi music lover, hence stayed miles away from hip-hop / rap till this 'Gully Boy' song dropped -

'Apna time aayega' has been playing on my head since then. What an uplifting song, it can even uplift the uplifted - it should be the morning wake up call for everyone with a dream to chase. Before going any further, I have three words for those who didn't like 'Gully Boy' -

A little background - I have watched a short film, 'Bombay 70' - and have watched it 70 times or more since then. I knew there was enough material for a feature film in the short film. Cut to about two years later I got to know that Zoya is making a film which is apparently inspired by the same. To be fair, 'Bombay 70' & 'Gully Boy' are two legit legends in their own spaces respectively.

Getting to the point, 'Gully Boy' will be remembered as one of Indian cinema's best - Zoya's best ever - and till this afternoon I thought she couldn't top 'Luck By Chance' in this lifetime. There is a moment in 'Gully Boy' when Murad (Ranveer) goes to Safeena (Alia) to tell her about the best day in his life - it's a very unique setting - my eyes went semi moist, confused if I am happy or sad. This stayed till a little before the interval, when I had started crying profusely.

Post interval, there was a moment in between Murad & his mother, when my confused eyes got semi moist & stayed till I burst into tears towards the last half hour of the film. My wife Rani, and my mom-in-law get really embarrassed when I cry in cinemas, but I just can't help when tears start flowing. 'Gully Boy' is full of magical moments - in between all the primary and secondary characters - the reason the semi moist eyes remain moist, or a few tears drop, involuntarily.

Every Murad (artist) needs a Safeena (the mental-lover-leveler) - I thank God, I found my Safeena in Rani. Each time I missed a beat, she got my rhythm back on track. My reasons for connecting with 'Gully Boy' lie in the moments, the sweet kisses, the shy Murad who meets his mentor MC Sher (Siddhant Chaturvedi) or his best friend, Moeen (Vijay Verma), Murad's angry father (Vijay Raaz) and his heartbroken mother (Amruta Subhash). Not to forget the moments shared between Murad and Sky (Kalki). So tempted to watch 'Gully Boy' one more time.

A juvenile boy I know on Facebook via my wife credited the awesomeness of 'Gully Boy' to Javed Akhtar Saab; I replied, "With due respect to Javed Saab, his only BEST contribution to this film is that he is Zoya's father." I think the sole best contributor to this film over and above the cast and crew can only be this crazy lovely city, I equate with my mother - my Bombay - here destinies are re-written, slumdogs turn millionaires, millionaires flee to Kenya and maximum dreams come true. Basically, the golden nest for nurturing underdog stories.

P.S. 2: Safeena and MC Sher deserve films of their own.

P.S. 3: I will kiss Reema Kagti and Zoya Akhtar's shoelaces whenever I see them in person.

A short review in the Gully Boy language -

Mom & Co.: A web-series that will make you love your mom even more. 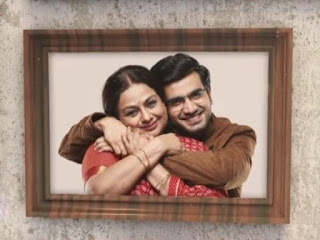 I don't usually invest time in web-series, despite the hype surrounding them - it's just takes too much time to eventually find any redemption, and I got to know there are times when even that doesn't happen.

Disclaimer: As my wife Rani has cast for Mom & Co., you can conveniently say that I am biased to say good things about it, and I wouldn't hold it against you.

I think that the deepest bonds we make as humans is the one we have with our moms - I call my mom, 'Chintu'  - as she is cute as hell and 4 feet something in height.

Back in the day I used to spell my name as Kiran Rao - when my mom saw the Dhobi Ghaat poster, she thought my first film has released; these days I spell my first name as K E Y R U N.  My beginning of my mom story wasn't too happy, but in the last ten years, my Chintu has become my best friend, who I can talk about anything to, without batting an eyelid. I also think that the deepest, strongest and unshakable memories we have as humans, is mom's food.

My connecting point with director Ashish Ranglani's web-series, 'Mom & Co.' is the mom-son & food-dynamic and I was sold when I first saw the trailer. I am just two episodes into the series, and Neliimaji making a comeback after so many years is still the seasoned performer that she has always been remembered for.

A wise friend told us, there's no point in a wife trying to compete with her husband's mother's cooking - because it is about childhood memories that will almost always tilt the weight on the mom's side. Manoshi, stop grinning. Please watch this beautiful web-series and share your feelings in the comments' section.

Love you mom, my Chintu. Please be my best friend forever.

P.S.: Looking forward to the next episodes, hugs to the writers, Shyni Shetty & Aarsh Vora - you make the writers' tribe proud.
Posted by Magik at 8:42 AM No comments: